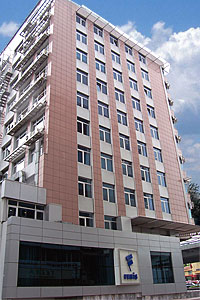 Fenis Aluminium moved to Cayirova in 1969 and commenced production with a Lindemann press. The company realized its first export in 1971, and following the adoption of a resolution to make new investments, it commissioned a Scholemann press in 1977, followed by the installation of the foundry in 1978. The eloxal unit started production in 1979, and the powder paint unit in 1983. Investments of the company are still going on and recently, in 2005, the CNC machine was commissioned. The Stocks of Fenis Aluminium have been on the lists of Istanbul Stock Exchange since 1991.

Epengle Tekstil has been the symbol of the sector in the field of upholstery and curtain velvets since its founding. The company has developed its home upholstery business through its prestigious stores and recently has also become an important supplier in the transportation sector.

Fenis Teknik was established in 1967 with a purpose to produce and sell aluminum based radiators and solar collectors, and "Alurad" and "Solartek" trademarks were created.